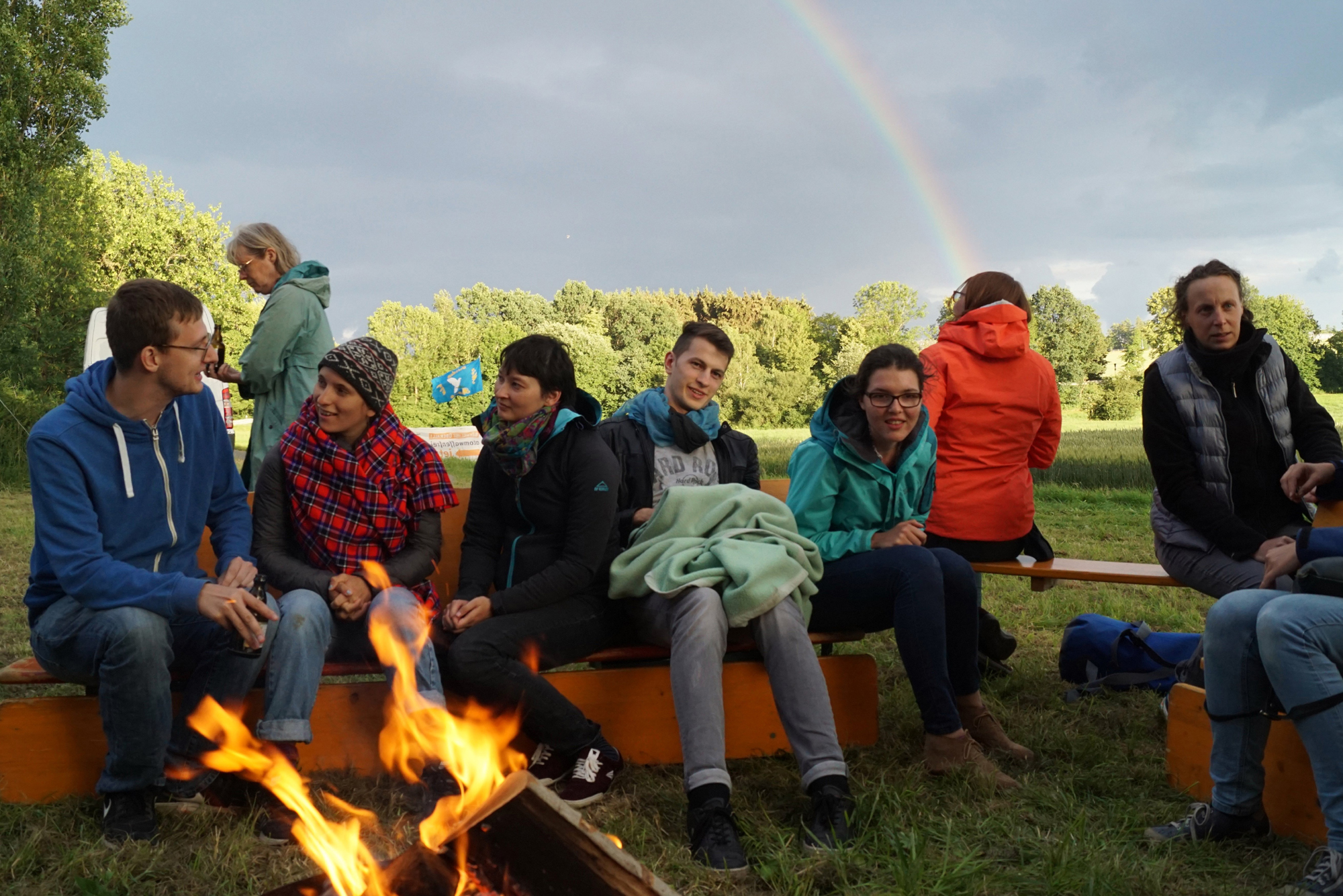 Place: Main gate, Action Camp
6-8 am Vigil at main gate of base
9:30 am Action camp: welcome, introduction to the programme and camp infrastructure for all participants
11 am-1 pm Workshops in the action camp

Sachiko Hara is a Japanese performance artist, who has worked in German theatres since 1999. She has been directed by Christoph Schlingensief, Nicolas Stemann, René Pollesch, Christoph Marthaler, and others. She has regularly performed the piece ‘Hiroshima-Salon’ since 2010 that tells the story of atomic bomb survivors to European audiences. She will hold this workshop in Büchel ‘Hiroshima – Remember! Protest! Survive!, in which those participating will read the stories of Hiroshima survivors, sing and dance. The workshop will prepare a short performance.

–Workshop „TPNWhat? What is the nuclear ban treaty actually?“ with Moritz Kütt

It has been three years since the UN Treaty on the Prohibition of Nuclear Weapons was concluded. In this workshop, we’ll talk about how the nuclear ban treaty came about, what it contains, how it will work and enter into force.
Moritz Kütt is a physicist and peace researcher. He has worked for more than ten years on the technical and political aspects of nuclear disarmament and developing new ideas for a nuclear weapon free world.

Karl-Wilhelm Koch is the author of the book „Störfall  Atomkraft“ and a member of the Green Party. His conclusion: Whoever uses nuclear energy has access to the bomb!
Why is the nuclear issue checked off the Green to-do list? Why is the anti-nuclear movement not really interested in the nuclear disarmament issue? How can we not only start a „revival“ but also join up the dots?

The nuclear ban treaty (TPNW) was adopted in the UN on July 7th, 2017 by a large majority of states and will be three years old on Tuesday. We want to celebrate this and, at the same time, make it known that Germany needs to join the nuclear ban and to get rid of the nuclear weapons based in Büchel. Help us to make a big birthday cake, decorations, invitations and everything that is required to make a real blowout of a party!

So, what actually happens when a nuclear bomb is detonated? Daniel will tell us in a short presentation, not just what happens physically but also from a medical point of view to the people who are affected. Following this, we’ll talk about strategies for how to make this information accessible and easy to understand.
Afterwards, participants should be able to talk about the catastrophic humanitarian consequences of nuclear weapons to various audiences – in schools, to politicians or in public lectures – convincingly and believably.

–Workshop ‚Nuclear bomber? No thanks!‘ with Johannes Oehler

What would be the best strategies to bring nuclear sharing to an end? We’ll talk about the debate on the replacement DCA for the Tornado and how to end nuclear sharing, with Johannes Oehler.

The Swabian town of Mutlangen has become a symbol for the German peace movement since the struggle against the deployment of Pershing missiles there. How did this nuclear base get converted into a peace and meeting centre? What happens there and how is Mutlangen a model for Büchel?

Place: Nuclear base main gate
6-8 am Vigil at the main gate of the base
9:30 am Workshops and sport programme
12:30 am Lunch
1:30 pm Shuttle to Büchel industrial area where we will gather for the peace hike
2-2:15 pm Info and welcome. Then the peace hike along the base perimeter will begin, with banners, stopping several times to listen to Elke Koller’s resistance stories. Thus we will set a collective example of our protest against nuclear weapons. Our peace hike will lead us along part of the base fence, in the beautiful landscape of the Eifel.
Around 4 pm we’ll get back to the action camp for coffee and cake in small groups. Daniel Oehler (IPPNW doctor) will give a short talk for ICAN and IPPNW.
Finish about 5 pm.

»Back to homepage for Days of Action